So this is my first prototype for a crazy idea I have for an advanced turn free version of the game. This play mode would not be intended to replace the normal synchronous turns, but rather to give players that want a faster paced more intense experience a new way to play. 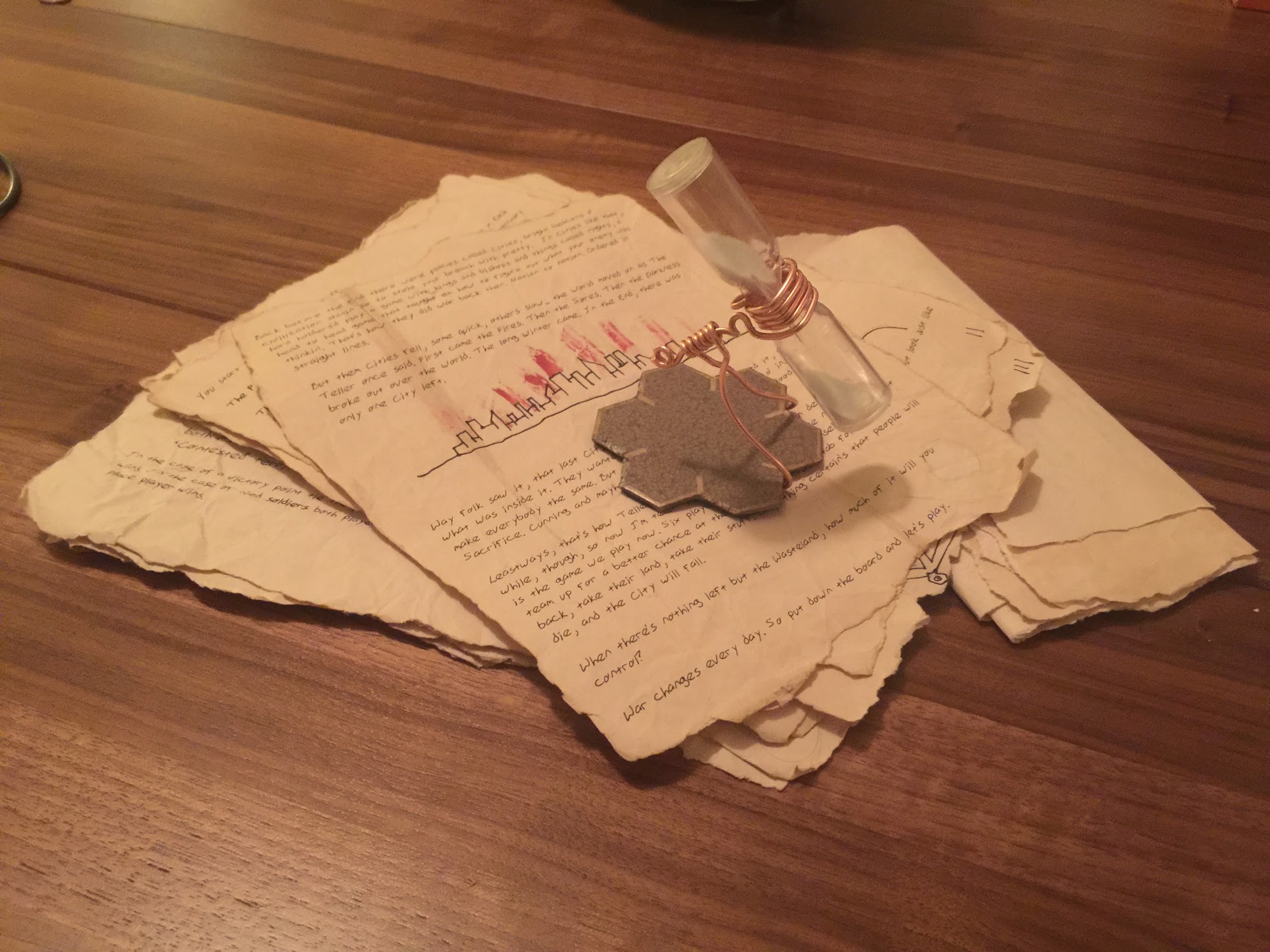 Clearly the hourglasses I have are too large, also a bit too long. They are a 30 second timer and I think 20 would be better, also they need to be 1/3rd to 1/2 smaller. Still you can get the idea.  The new rule would be that you can recruit a single citizen every time a base you control has an empty timer. You recruit and then flip the timer.  I want the timer to both add pressure to play quickly and to leave players waiting on their timers. They would keep play moving quickly while capping the maximum recruitment rate.

Clearly they will require a bunch of playtesting first to see if they will even function in the game in the way I would like, but then to balance the timer length. I have even thought of having a fast and slow timer for each player so that all bases would not be created equal. I kind of like that kind of asymmetry and the depth it could bring, but I worry that I will end up just creating a lot of chaos and noise for the player to deal with.
Posted by Unknown at 7:22 AM

What people say about the game:

"I thought this was going to be Civilization but it's StreetFighter!"

"I can’t believe all that happened in one game!"